The following work is a personal essay. The issue of drugs is always current and controversial. We will find defenders and detractors in regard to the way in which it should be used by citizens.

Are the drugs bad? And if they are, how harmful is it in the person’s health? 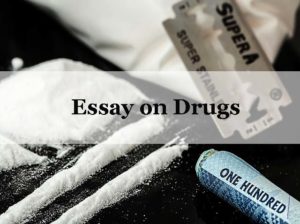 In the first place, it is important to clarify the term. According to the dictionary of the RAE, the drug is any “mineral, vegetable or animal, which is used in medicine, in industry or in the fine arts.” It is a very broad and vague concept.

It could be said that a drug is not bad in itself, what could happen is that certain drugs have the capacity to harm the human organism.

The most consumed drugs in the world: Alcohol and tobacco

Both alcohol and tobacco are legal drugs practically in every society. They enjoy great acceptance and are part of human history since ancient times. Who has not participated in a social meeting and has enjoyed a good glass of wine?

Alcoholic beverages are part of a tradition. In a report of the Organization of American States, we want to call to conscience about the problem in which the abusive use of alcohol can occur.

In it, it is detailed that

However, we must not forget that alcohol is the main cause of traffic accidents. That is, said accidents are caused by people driving in ethyl state. Something similar happens with tobacco. It is the drug that most affects the respiratory system and the main cause of death due to the deterioration of these organs.

Marijuana and cocaine also make up the most commonly used group of drugs. The main difference between drugs such as alcohol or tobacco is that they are prohibited in most countries.

Some countries like Holland have legalized the use of marijuana under certain conditions. We are here before an extensive debate also controversial. The question arises Should marijuana be legalized? Would that help reduce drug addiction, especially in young people?

It is a debate that must be analyzed deeply. The truth is that currently a large part of youth is tempted to try different drugs and many of them fall into addiction.