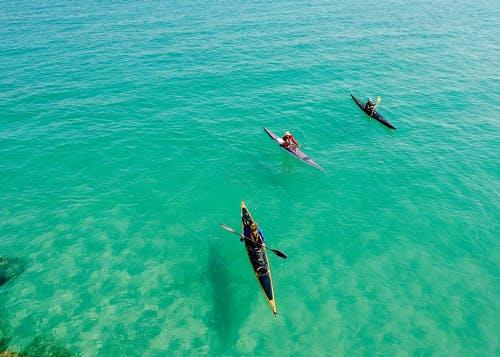 “The moments of defeat were full of pain but they were the ones who taught me to succeed, and what kept me on my way was the love of learning”

When was the last time you learned something new? Sometimes without realizing it, we condition ourselves (and are conditioned) from a young age to the things that we can or cannot learn. “I’m terrible at languages”, “math is not my thing” or “I leave that to the adventurers”.

But what if we could learn anything?

As a child, they told me that they were good at drawing, mathematics, and interpersonal relationships because of their genes. Even though I spent my time drawing and enjoyed solving problems with numbers and hanging out with all kinds of problems, I grew up believing it was good because I was fortunate to be good at it, period.

On the other hand, when something was terrible I gave up on the first try because I thought that maybe that was not for me. This is what happened to me with Spanish class at school (I almost lost the year because of that) and with other hobbies such as guitar and soccer.

I do not deny that some are born with strengths that others do not have in equal proportion, the problem with this belief is that we take for granted that we do not require effort to achieve something. “We are good or we are not.”

Unconsciously we do not understand that we can get better and worse. And the truth is that our brain is like the plants that we have to water constantly, if we do not nourish it, it withers.

But by not taking this into account, as soon as we notice that we stop drawing pretty or that we cannot establish a relationship with someone, we become frustrated … we believe that there is something wrong with us, with the skill with which we had supposedly been privileged.

See also  When grades don't prepare you for real life

By internalizing that we cannot improve, learning lacks value and we stagnate, we stop trying new things.

The first day I started windsurfing it was a lifelong lesson and one that I now remember every time I want to learn something new.

With the team: sailing, board and a lot of attitudes.

Days before I had prepared myself by watching some beginner videos on YouTube. The conditions were perfect, the sky was clear and the wind was running at more than 7 meters per minute.

When I got to training, I understood most of the things the coach told me in Danish.

I did some exercises on land and hastened to rehearse the instructions I had received so far in the water. The wind was blowing from the shore and little by little my board began to move.

“Wow, I’m doing it,” I thought. The wind beat me and I fell, I raised the sail again.

From a moment I realized that the people on the beach had become very small dots and that maybe it was a good idea to go back.

“Oh oh”. Although I knew how to get on the board and let myself be carried away by the wind (be careful, not surf), I had not mastered the tactic of steering the sail. I would fall over and over again trying to steer the board towards the coast.

To make things a little more difficult, the sky clouded over and it started to rain. I felt like I was in the middle of a Hollywood movie class that was already ending and I was still further away than I could have expected.

See also  Scholarships and incentives for artists in 2021

One of the instructors came over to his table to explain the tactic to me and to be able to return. However, I happen to fall a few more times. He was tired, sore, and frustrated. Zero concentration.

Although the coach always motivated me, he could tell that I was not prepared this was not some Hollywood movie in which I would magically discover my gifts and return triumphantly to the coast. Not.

With the other club members in cloudy Denmark

It had been more than two and a half hours since class started and about 40 minutes since the coach tried to help me. He got tired too and started taking his board apart.

The coach explained to me that help would arrive to take us to the mainland. We exchanged boards, I lay on my stomach with the sail rolled up to my chest and held the Kayak that had arrived with my other hand.

As we were already very far away and the tide was against us, the easiest thing was to reach the west coast and walk with the board in hand towards the camp.

It felt like a kind of punishment at the time and I was willing to accept it. During the journey, I could barely feel my body, the last forces were in my left hand holding the kayak.

Upon reaching the coast I realize that the candle in my chest was gone. I had dropped it. I felt terrible about the club and myself. On my first day of class and I had already delayed my coaches and lost part of the team.

But nothing had finished, now I had to walk with the board for at least 1 kilometer.

I arrived at the camp at 10 pm but class should have ended at 8 pm.

I kept asking the two coaches for forgiveness. But they repeated to me that it was not my fault but theirs for taking out beginners in those weather conditions and that they had also learned from what happened to avoid future mishaps.

Clearly, each took responsibility for what was due.

The first day without mistakes, 2 hours of pure windsurfing in Copenhagen.

Although I thought about not returning after what happened, I remembered that it was about learning, just as the coaches had told me. So the other week I was there with all my energy. But this time I decided to focus on theory and tactics before I started practicing.

As time went by, many of the beginners I had started with were surfing the waters while I was still learning. I didn’t let that put me off. He always remembered this video in which it explained how he learned to swim after 30 years. His key was to “deconstruct” the process in parts.

When I got into the water, I analyzed my mistakes, and one by one I tried to improve them.

For example, back pain was caused by the way he raised the sail, as he was pushing with his arms rather than his legs. Realizing these things allowed me to focus on what needed to be improved.