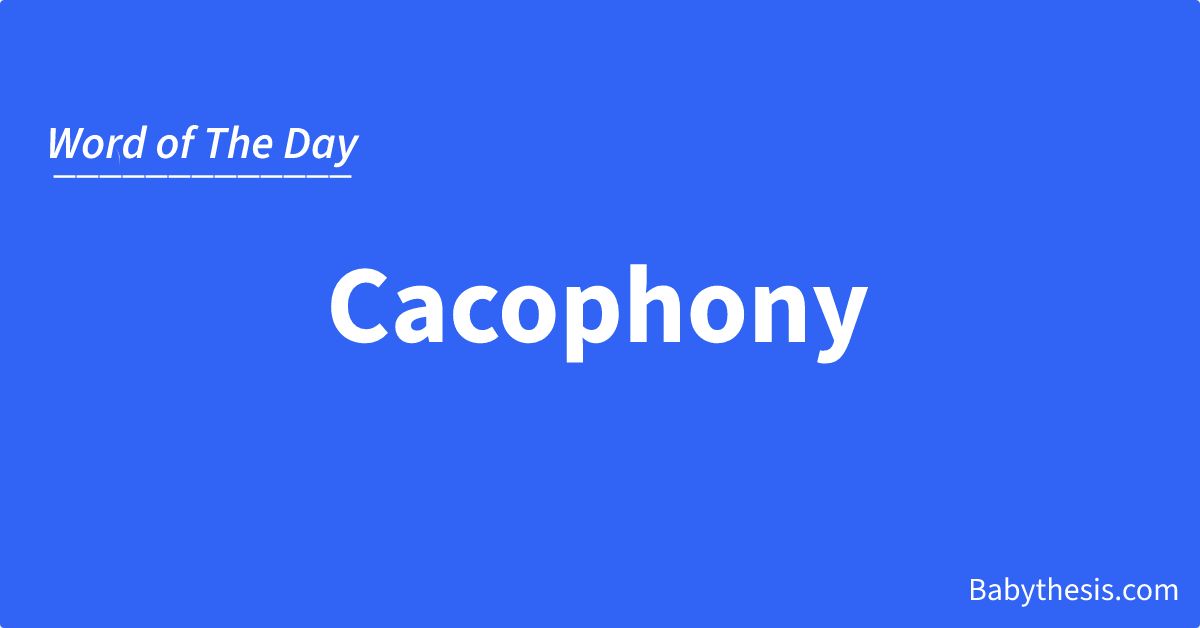 Today’s word of the day is cacophony. Read on to know its meaning, origin, definition, similar pronounced words, and similar words.

Origin of the word Cacophony:

Explanation of the word Cacophony:

The word “cacophony” refers to any unpleasant or discordant combination of sounds, whether it is music, speech, or noise. It can describe a harsh, discordant, or unpleasant sound or combination of sounds, or any situation that is characterized by a loud, confusing, or chaotic mix of sounds. For example, a cacophony of car horns in a crowded city might be described as a loud, confusing, and chaotic mix of sounds. Similarly, a piece of music that is characterized by a discordant combination of sounds might be described as a cacophony. The word “cacophony” is often used to describe sounds that are jarring or unpleasant to the ear, and that are difficult to listen to for any length of time.

Use of the word Cacophony in sentences:

Words that are similar in meaning to Cacophony:

Here are some words that are similar in meaning to cacophony:

Words that are pronounced similarly but have Different meanings:

Here are some words that are pronounced similarly to “cacophony,” but have different meanings:

Copious: containing or producing a large quantity of something; abundant
Copiousness: the state of being copious; abundance
Cachet: a stamp, seal, or other device used to authenticate documents or to show that a letter has passed through the proper channels
Cache: a collection of items that are hidden or stored in a secret or safe place
Carafe: a glass or metal container with a spout, used for serving wine or other drinks
Cachet: prestige or status associated with a particular person, organization, or thing
Cachet: a small, flat, rectangular container, used for holding and dispensing medicinal powders or pills.