The following text is a personal essay about social media. It talks about how it was emerging and how it has changed forever the way people around the world relate.

The rise of the internet and social media: 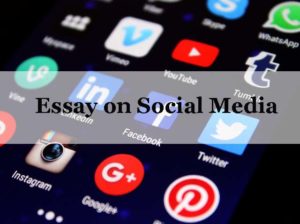 Twenty years ago, probably no one imagined that the way the world connects today. More than ever, we are globalized.

The whole world is a country, divided but connected at the same time. This revolution, which can be analyzed from several points of view, has as its main actor, as is to be expected, the internet.

An essential tool for human development has already been established. We have a connection or we are “online”, practically at all times of the day.

One of the ways in which this advance in technology has influenced is the way in which people know each other. It is not uncommon to listen to several young people who, when asked how they met that person, respond that it was thanks to the use of a social network.

That is to say, social networks, thanks to the internet, have broken many barriers and allowed people from different parts of the planet to interact.

As Borja Fernandez Canel points out in “Social Networks: What Your Children Do on the Internet” ” The ease of being in contact with people from your neighborhood, city, or even from other countries has meant that social networks are currently the boom of the Internet. and it was foreseeable that it would happen because there was a need to gather messages, photos, videos … ”

Use and abuse of Social Media:

And obviously, the quality of the communications, that is, of what is transmitted, depends entirely on the people. A social network can serve, in a few words, to perform good and honorable actions, or to perform bad actions that end up causing harm.

In Egypt not long ago a revolution broke out that ended up overthrowing the government. This phenomenon was thanks, in part, to the expansion and publicity of the citizens of that country through social networks.

What usually happens is that many young people, unconsciously most of the time, make an abusive use or misuse of these digital tools.

A case would be in regards to privacy. The Internet is an open, public world, and where you can never know with certainty how secure our data is there.

Negative use of Social Media:

With the passage of time, social networks began to be used not only in the correct way but also has been lent to cause harm to other people. There are data that criminal groups study and spy on social networks, for example, to kidnap a person.

With regard to young people, it has become common to use these spaces as a tool of harassment. It is what is now called cyberbullying.

In the United States and other countries, there have been numerous cases of victims endlessly suffering through digital media, causing terrible psychological damage to these people, even driving suicide.